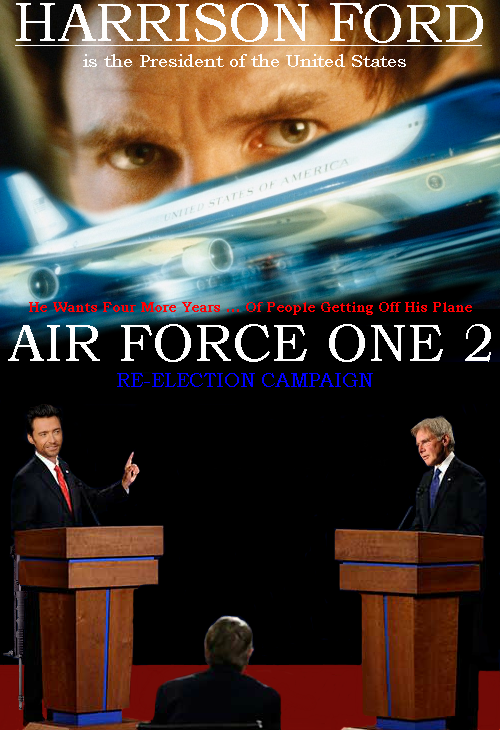 United States President James Marshall is coming to the end of a historic first four years as Commander in Chief. No President has ever faced a more stressful and dangerous first term than Marshall and it shows: The President looks a full decade older than he did when he first took office.

Now, in the midst of a struggling economy and tense relations in the Middle East, the President is running for a second term with an approval rating hovering right below 50%.

Making his re-election an even more difficult proposition, the challenger is a first-term Senator from California, Robert Huntley, who seems to have it all: Looks, Charisma, and an increasingly popular (and controversial) plan for America that would see the country become a police-state where everyone is under constant surveillance for the sake of public safety. Senator Huntley has been a staunch critic of Marshall and his campaign rhetoric is gaining supporters at a rapid pace that could spell danger for the President’s chances at re-election.

The President and his challenger meet for the first time in a televised debate taking place in Seattle, Washington to discuss the issues. The debate is heated and contentious and Senator Huntley’s smooth delivery and made-for-tv face seems to earn him the night’s victory.

As the debate reaches its conclusion, an announcement comes over the loud speakers in the auditorium: The activist group “Unknown” has taken over the venue and they are now threatening to blow up the auditorium, the President’s motorcade, and the Senator’s campaign plane. The only thing they were unable to gain access to, it seems, is Air Force One.

The President’s staff rushes him out of the auditorium and onto Air Force One for immediate take-off. Just as the plane begins moving, the President orders them to stop and pick up Senator Huntley and his campaign team so they can also safely escape.

Up in the air, the President and Senator Huntley enjoy a post-debate drink together and while the conversation is cordial and awkward, they seem to reach a place of mutual respect. At one point, Senator Huntley excuses himself to go to the bathroom.

Finally, the “Unknown” group’s full plot becomes clear: Senator Huntley and his campaign team break into the weapons storage locker and hi-jack Air Force One. In the ensuing blood bath they take out all of the President’s security team and the plane’s pilots, leaving only a few of the President’s staff and media team as well as his Wife and Daughter, alive to be held as hostages. Before they get to the President, however, he manages to hide in a secret vault located in the plane’s lower deck.

Believing the President exited the plane via escape pod, Senator Huntley makes his demands: The President must concede the election or he will kill everyone left on board Air Force One.

And so, knowing that he is the only hope for the people on board Air Force One, as well as the only hope for the country to escape the rule of a tyrant, President James Marshall must take back his plane from a team of highly trained assassins. Using survival skills gained from his past as a war hero and his experiences of rescuing his plane from terrorists once before, President Marshall must fight with everything he’s got to execute a Presidential beat-down that forces Senator Huntley to GET OFF HIS PLANE.

Air Force One 2 is an action-packed sequel that doesn’t let up until one man stands alone as the leader of the free world. Air Force One 2 will have you paging your flight attendant to ask for more!