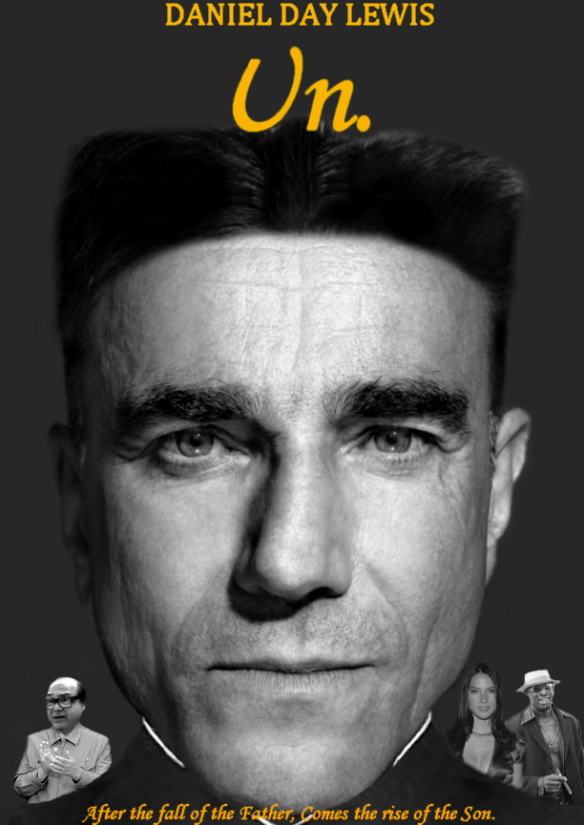 Barack Obama as Himself (Archive Footage)

and Dennis Rodman as Himself

Sometime in January of either 1983 or maybe 1984, the future of North Korea was born. That future came in the form of a baby named Kim Jong Un, the third son of North Korean Supreme Leader Kim Jong Il.

Un. is his story.

–
Tracing his entire life, Un. first shows us Kim Jong Un (Daniel Day Lewis) on the night before he is to become Supreme Leader of North Korea.  Un is in a contemplative mood as he thinks back on his life and the lessons passed down to him by his father, Kim Jong IL (Danny Devito). Joined on his reminiscence by his friend Dennis Rodman (Playing Himself), we see the major events in the young ruler’s life:

Kim Jung Un as a boy being taught lessons on leadership and courage by his father Kim Jong IL that would stay with him his entire life.

Kim Jung Un going to middle school in Sweden using a fake name that hides his true identity from his classmates.

Kim Jong Un is a figure who has defined our modern times.

A Biopic like any other, Un. explores the myth behind the man to discover the truth not about just one individual, but about all of us. Featuring a lead performance by Daniel Day Lewis that will no doubt astonish and amaze, Un. is a master class in how a legendary acting performance can transport viewers to another time and place and make us feel as though we lived it ourselves. A likely contender for all the major awards, Un. is a true cinematic masterpiece.

Go update your passport, because after this movie, you’ll be buying UN (or maybe dos!) ticket(s) to North Korea!